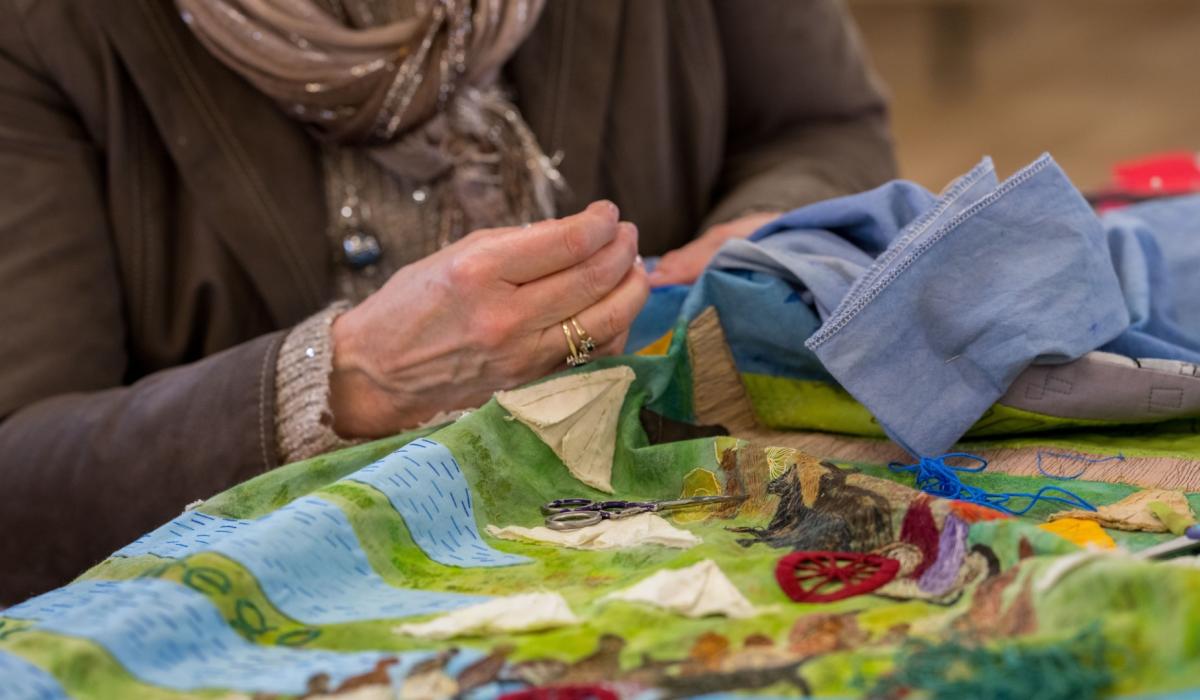 An Táin Arts Center is delighted to announce the launch of “Threading the Táin”, a cross-county community visual arts project, where 5 tapestries have been created to celebrate the Táin Bó Cúailnge. Funded by Creative Ireland and produced by An Táin Arts Center in association with Creative Spark, each tapestry depicts scenes from the great epic which relates to each of the five counties through which the Táin March Festival traces the route of the Táin, namely Roscommon, Longford, Westmeath, Meath and Louth. A variety of textile techniques were used in the creation of the tapestries, including dyeing, painting, felting, appliqué, faux chenille, hand embroidery, quilting, and hand and hand sewing. machine.

The project was led by Louth-based artist Sophie Coyle and Sophie worked closely with archaeologist Paul Gosling and Mel O’ Loan of the Táin March Festival, to determine which parts of the epic to include in the tapestry . The project was guided by a textile artist in each county who led a community sewer group in the creation of each panel.

The artists are Frances Crowe – Roscommon, Catherine Gray – Longford, Claire Delabre – Westmeath, Ina Olohan – Meath and Úna Curley – Louth. Over 40 volunteers participated in the project, and when assembled, the five tapestries depict the overall story of the Táin, while each piece is an individual work of art.

The project is a further development of the relationship between the An Táin Arts Center and the Táin March Festival. Mary Claire Cowley, of An Táin Arts Center and responsible for the “Threading the Táin” project, says: “The project was very much inspired by the passion for Táin shown by Paul Gosling and Mel O’ Loan and the whole team at Táin March Festival.

“It has been a wonderful opportunity for us as counties bound by the bonds of the Táin to come together in this collaborative and historic celebration of our identity and culture through craftsmanship and we are thrilled to launch” Threading the Táín” in collaboration with the 2022 Táin March Festival.”

Starting June 10 in Cooley, this year’s festival will trace the route of the brown bull as it made its way from Cooley to Connaught. Over three weekends the festival will visit key venues in Cooley, Dundalk, Ardee, Teltown, Kells, Mullingar and conclude in Roscommon Town on June 26.

‘Threading the Táin’ will be available for viewing as a five-piece work of art by the public at An Táin Arts Centre, Crowe Street, Dundalk, Co. Louth from Saturday 23 April to Saturday 11 June, coinciding with the start of the Táin Festival march. The Tapestry will then be displayed in Roscommon for the end of the festival on June 26. Each piece will then be returned to its relevant county for semi-permanent display.