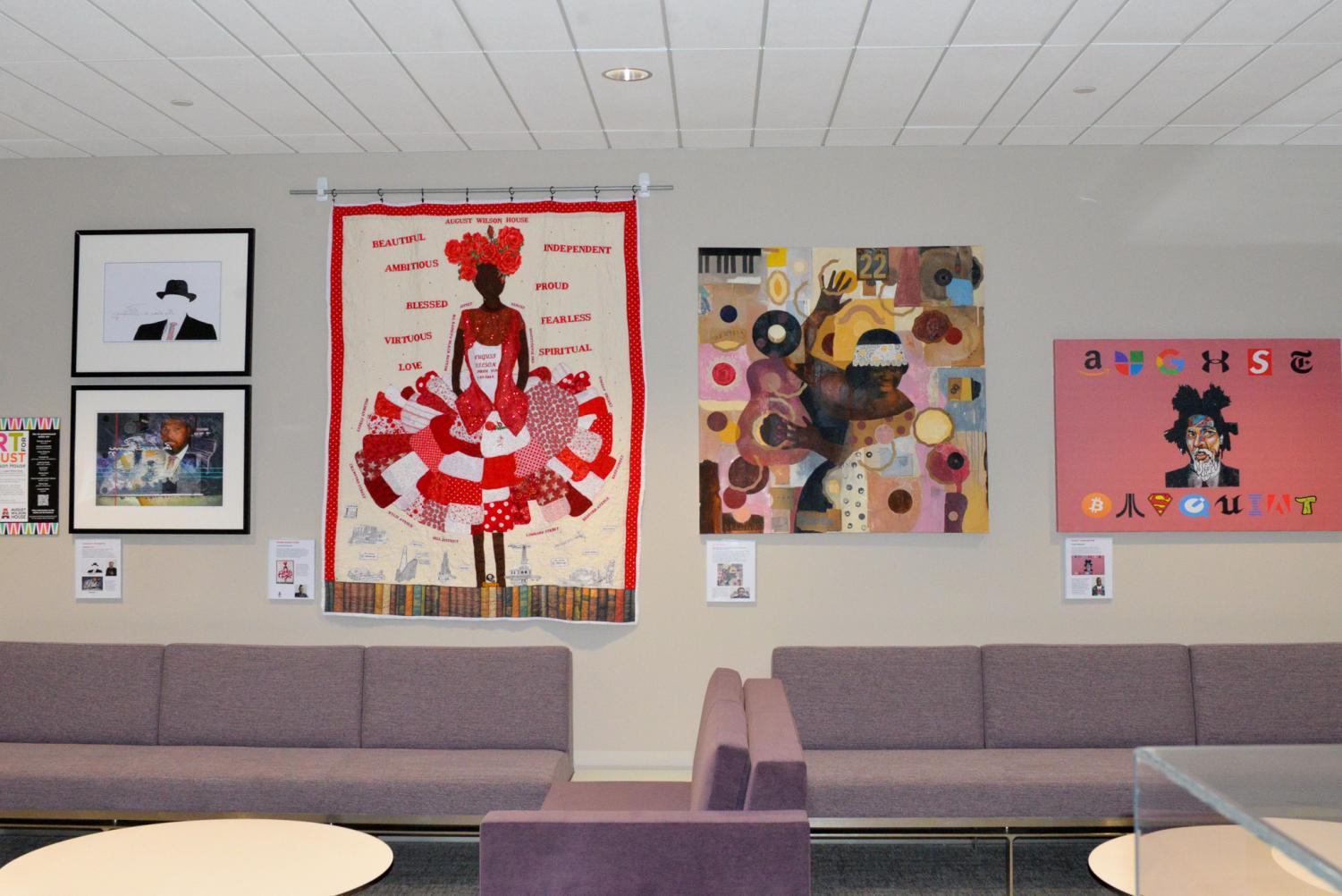 Pittsburgh playwright August Wilson may have passed away in 2005, but the Hill District native has left a strong legacy – one that the traveling “Art for August” exhibit helps keep alive.

Initiated by the August Wilson House, an organization dedicated to celebrating Wilson’s legacy and transforming his childhood home, the art exhibit invites the community to participate in this celebration.

The works of art featured in the exhibition showcase the work of artists of various ages, from young college age students to older artists. Their pieces also vary in medium, often in direct relation to the material and images of Wilson’s pieces. Visitors could see a physical dress as well as portraits, paintings and drawings.

Wilson wrote plays that reached audiences far beyond the Pittsburgh area. Some of Wilson’s best-known works, such as “Fences” and “The Piano Lesson”, have even been adapted for film. “Fences” stars leading artists Denzel Washington and Viola Davis in the lead roles.

The exhibit debuted in April at the Energy Innovation Center, a downtown learning center. He then arrived in Pitt and will travel through other parts of the city. While in Pitt, the exhibition featured new and original works of art created by 10 local Pittsburgh artists.

Kornelia Tancheva, the director of the Pitt University Library System, said the library system is proud to have been the first stop for the “Art for August” exhibition.

“This is one of the events celebrating our acquisition of the August Wilson Archives, which will be officially open to the public in January 2023, ”Tancheva said.

The exhibit was open from September 15 to October 31 for all Pitt students, staff and faculty to visit anytime while the library was open. It has now left Pitt and will be on display at nearby Carnegie Mellon University from November 1 to December 15.

August Wilson House, in conjunction with the “Art for August” traveling exhibit, is also restoring Wilson’s childhood home, which is vacant in the Hill District. According to Ed galloway, the associate university librarian for archives and special collections, the house is marked with a historical marker despite its disheveled appearance.

“The August Wilson House is primarily there to receive the funds to restore the house and then expand the programming of the house around the artists, to attract artists to come and use the house as a place of inspiration and study,” said Galloway.

The restoration process will result in a fully functional home for local artists and designers, rather than serving as a museum on Wilson’s life.

Galloway said the August Wilson Archives, which is a collection of physical documents from Wilson’s life, were got by the Pitt Archives and Special Collections. It will serve as a hub for people to see and work with Wilson’s past, and the “Art for August” exhibit was a precursor to the opening of archives and the purposes of archives.

“We really hope that when we open the collection, not only to Pitt students but also to the Hill District community in particular, they can continue to do this kind of creative work based on what they find in the collection. collection itself, ”said Galloway.

Jeff Wisniewski, a spokesperson for ULS, said bringing the artwork to Hillman is really helpful in fostering conversations about Wilson and the broader issues of the black performing arts.

“We are excited to partner with local arts organizations to foster conversations around August and his works,” said Wisniewski. “More specifically, issues of equity, diversity and inclusion.

Galloway said the artwork in the collection is a product of these local artists’ appreciation for Wilson’s creative work, especially his plays. He added that many of these artists have also drawn inspiration from his life and heritage.

“All of these artists have a love of August Wilson, a love of the Hill District and a love of his pieces,” Galloway said. “They are inspired in a way by him to stimulate that creativity.”

One work of art in particular is a painting that depicts Wilson in the center with images surrounding it. The images showcase different parts of Black history and culture in Pittsburgh in the 20th century, such as a time when taxis couldn’t cross the Hill District at all. This refers to his 10-piece series, titled “The Pittsburgh Cycle,” which chronicles the life of a black person in Pittsburgh from each decade of the 20th century.

For Wisniewski, he liked the variety of the artwork, but added that the artwork has to be seen in person to truly appreciate the different mediums used by artists.

“I’m a fan of the use of mixed media by artists, which I think you can best appreciate in person,” Wisniewski said.

Tancheva said the exhibit and the presentation of the exhibit in Pitt were closely tied to the library’s focus on preserving and celebrating the lives of the people of Pittsburgh.

“This is closely linked to our goal of preserving and celebrating the life, work and legacy of August Wilson,” Tancheva said. “It gives us the chance to also celebrate the artistic heritage of local communities in Pittsburgh.”

Art therapy and art education can contribute to student well-being