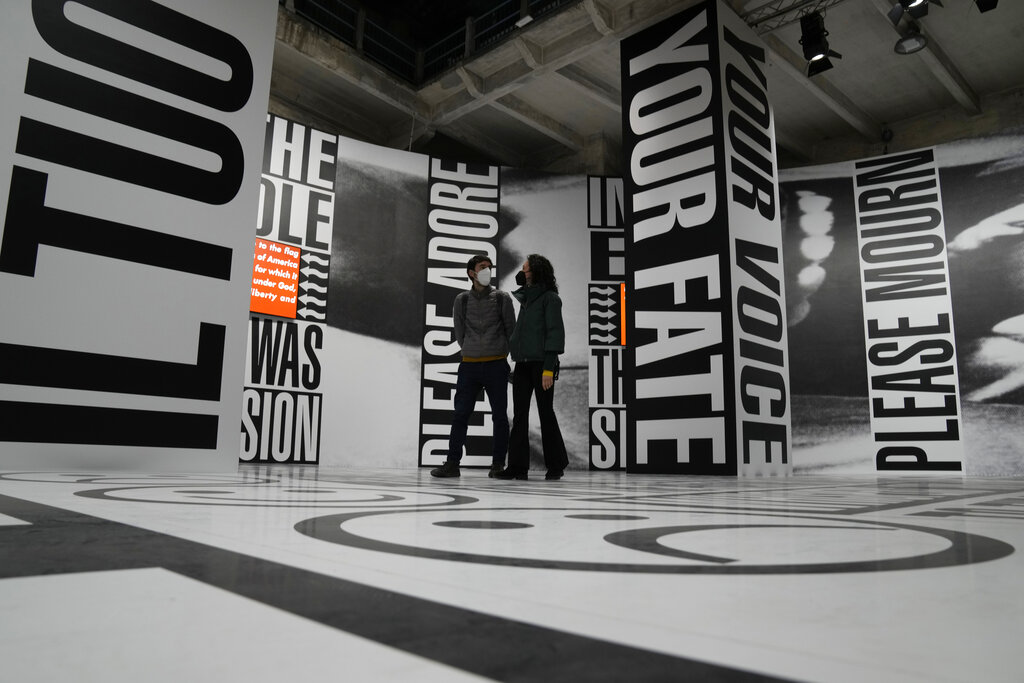 To get Morning Links delivered to your inbox every weekday, sign up for our Breakfast with ARTnews newsletter.

MUSEUMS IN THE NORTH. Huguette Vachonthe painter’s widow Jean-Paul Riopellewho died in 2002, offered to open a museum dedicated to his art at Isle-aux-Grues in Quebec, on art diary reports. The 3,000 square feet Riopelle Museum-Workshop, which would feature Vachon’s collections of his work, is expected to cost around US$3.3 million to build and could open by mid-2024. Meanwhile, two provinces to the east, an effort to build a new home for the Art Gallery of Nova Scotia in Halifax was halted due to concerns about skyrocketing construction costs and inflation, Radio-Canada News reports. Originally budgeted at around $106.6 million, the project was recently estimated at $126.9 million. Premier of Nova Scotia, Tim Houstonsaid he was committed to creating a new building, but said, “The cost of this is out of control right now.”

RETURN HOME. Wednesday, the Albuquerque Museum Foundation returned 12 ancient Aboriginal carvings that he recently found in storage at the Consulate of Mexicothe Associated press reports. Mexico has made an effort to repatriate this material in recent years, and its officials “certainly have the most concerted effort to stop the auctions of these pieces”, Tessa Solomonof ART newssay it PA. Separately, the PA reviewed the efforts of various organizations to return this material to Indigenous groups in the United States. “Some 870,000 Native American artifacts — including nearly 110,000 human remains — that should be returned to tribes under federal law remain in the possession of universities, museums and other institutions across the country,” wrote the press service about its findings.

Amid a string of high profile exhibitions in recent years, the artist Barbara Kruger sees its prices increase, James Tarmy reports. Merchant Mary Boonewho has long represented Kruger, said: “Beside Warholthere is no other artist, except maybe Cindy Shermanwho has had as much influence on how things look and how people see the world as Barbara. » [Bloomberg]

Painter Habibollah Sadeqiwho was director of Tehran Museum of Contemporary Art from 2003 to 2008, and drew attention with work on Iran’s Islamic Revolution, died Wednesday at his home in the capital. He was 65 years old. [Tehran Times]

The Chauvin Sculpture Garden in Louisiana was vandalized, with three concrete sculptures damaged and another missing. The site was created by the self-taught artist Kenny Hillwho worked as a bricklayer after moving to the area in the late 1980s. About a decade later, he disappeared. [The Associated Press]

After a public fundraising appeal, some £50,000 (about $60,800) was donated to preserve what is believed to be the world’s largest watercolor painting, Edward Burne Jonesit is The Star of Bethlehem (circa 1885-1890), and now it is ready to be exhibited again at the Birmingham Museum and Art Gallery in England, officials said. [BBC News]

Pay $105 million, Google will acquire Chicago’s Thompson Centera great monument of postmodernism designed by the architect Helmut Jahn, who died last year. The structure will be renovated with a focus on respecting “its iconic design”, an official at the tech giant said. [Block Club Chicago]

COLLECTIBLES. In the Los Angeles Timesjournalist Deborah Vankin offered an in-depth look at the wave of New York dealers moving to Los Angeles and asked locals for their thoughts. Greg Itowho runs the Sow and tailor gallery in downtown Los Angeles, had this to say about the current dynamics of the art market: “A lot of these big galleries are opening several spaces around the world but also locally, so they’re going from 10 exhibitions a year to 20 , 30 , 40 shows a year, and they’re just churning out artists. The market is hot and everyone’s buying everything, but it turns an artist’s job from intimate and critical into what looks like flip cards. collect. [LAT]