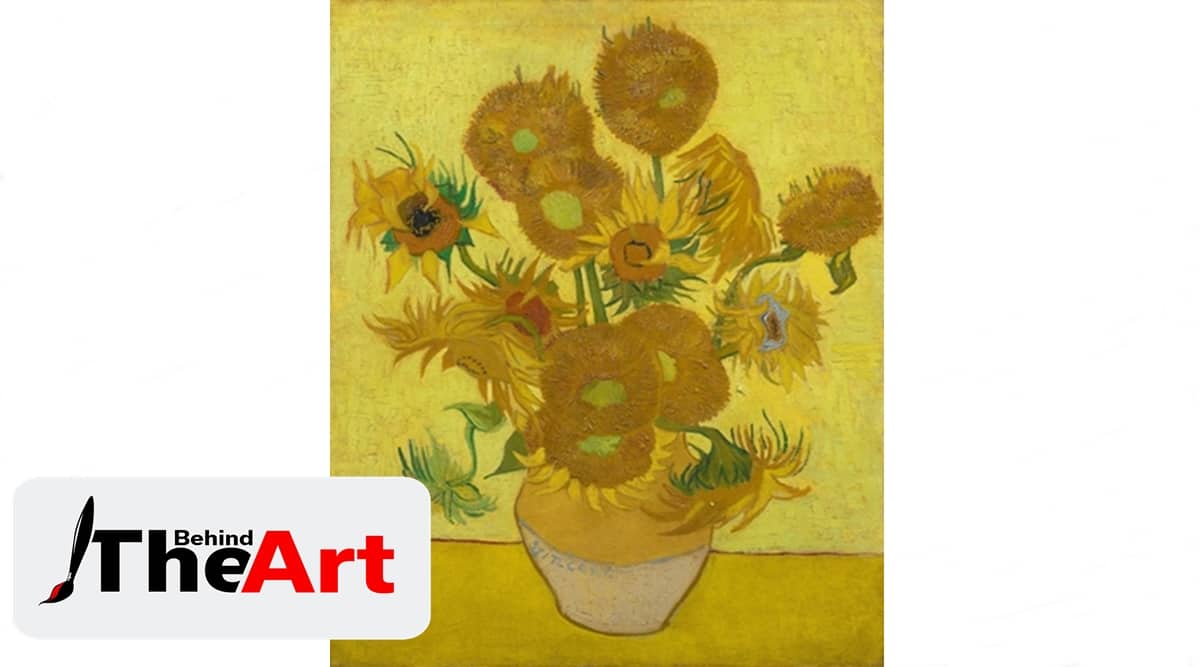 Behind the Art: Why are Vincent van Gogh’s ‘Sunflowers’ so famous and what do they mean?

Vincent van Gogh, the infamous Dutch painter was nothing short of a genius. People still talk about his paintings hundreds of years later and art lovers are still in awe when they look at one of his masterpieces. But it’s not just his unique techniques that have made him so adored, it’s his humanity and nature that touches the hearts of many. Vincent wanted to be known as the painter of sunflowers and it was this passion that led him to create five different versions of sunflowers in a vase. Van Gogh began his series of Sunflowers on Monday August 20, 1888 and ended it on Friday. These five works can now be found in museums around the world, from Tokyo to Amsterdam. The fourth version of Sunflowers titled “Still Life: Vase with Fifteen Sunflowers”, which is now on display at the National Gallery in London, UK, is one of the most talked about of the Sunflowers series. It was bought by Japanese insurance magnate Yasuo Goto for $39.85 million in 1987. Vincent Van Gogh once hoped to sell it for just $125 during his lifetime. Why did he choose to paint sunflowers and why is his sunflower series so iconic?

Van Gogh was not the first artist to paint still life flowers and he certainly did not invent sunflowers. He did things so differently that it shocked the art world. He chose to paint sunflowers with three shades of yellow and nothing else. In this way, he showed the world that it was possible to paint something with many variations of a single color, without any loss of articulation. His fellow painters criticized his sunflowers and thought they were “coarse and unrefined”. But that’s what Van Gogh was aiming for, he loved The painting flowers that had gone to seed. He knew his sunflowers were so unique and special that when he died, his friends brought sunflowers with them to his funeral. Sunflowers have become synonymous with Vincent, as he had hoped. The sunflower series shows sunflowers in all stages of life, from full bloom to wilting. The paints were considered visionary for their use of the yellow spectrum, in part because newly invented pigments made new colors possible. Bright yellow oil paintings of Van Gogh’s “Sunflowers” first appeared in the early 19th century. He was among the first artists to fully embrace them.

The fourth version of Sunflowers titled “Still Life: Vase with Fifteen Sunflowers”, which is now on display at the National Gallery in London, UK, is one of the most talked about of the Sunflowers series. (Photo: Van Gogh Museum)

If one studies Van Gogh’s life, one will see a tortured human being hidden behind every brushstroke. Most of his masterpieces were made while he was going through psychosis in the mental asylum, but sunflowers meant something else entirely to him. They communicated gratitude, friendship and hope that one day he will be better. He hung the first two paintings in the room of his friend, the painter Paul Gauguin, who had come to live with him for a while at the Yellow House. Gauguin was impressed by the sunflowers, which he thought were “quite Vincent”. Van Gogh had already painted a new version of it during his friend’s stay and Gauguin then asked for one as a gift, which Vincent was hesitant to give him. He later produced two loose copies, however, one of which is now in the Van Gogh Museum, in Amsterdam, Netherlands. Yellow for Van Gogh was an emblem of happiness – in Dutch literature, the sunflower was a sign of devotion and loyalty. In their various stages of decay, these flowers also remind people of the cycle of life and death.

Although one can appreciate the beauty of the sunflowers that Van Gogh so lovingly painted for his friend, they do not fully know the story behind the art. Several facts about his masterpieces continue to seduce art lovers because when Van Gogh moved to Arles, he entered a prolific period where he infused his works with yellow hues. Several theories attempt to explain this. One says he took too much absinthe while another suggests he took too much digitalis. Either substance could have tinted what he saw yellow. Another surprising fact about the painting is that the painting almost led to bloodshed. In 1890 in Brussels, a Belgian painter bristles to see his paintings exhibited in the same exhibition as “Sunflowers”, claiming that Vincent is a charlatan. Vincent’s friend Henri Toulouse-Lautrec overheard the disparaging remark and challenged the Belgian to a duel, which never happened. Another fact from the painting highlights how unstable Van Gogh’s state of mind was before he cut off his ear: in Arles, Vincent rented accommodation in what he called the Yellow House and furnished a bedroom to welcome Gauguin. He planned to decorate the room with sunflower paintings. Later, the Yellow House will be the scene of Vincent’s self-harm. From being a loving and appreciative friend, to fighting with Gauguin and hurting himself, Van Gogh had a wide range of emotions.

It’s true when they say a masterpieces represents the heart and soul of the artist. Van Gogh was so delighted with the sunflowers he painted during that week that he celebrated the completion of his paintings with a shopping spree. Known as a very dark and mentally disturbed person, Van Gogh was truly delighted by the sunflowers as they gave him hope for a better life. Although known for his shabby clothes, he bought “a pretty good quality black velvet jacket for 20 francs” and a large yellow straw hat. Both objects appear to hang behind his bed in the painting he made of his bedroom two months later. The vibrant, joyful sunflowers left an imprint on the art world of a tormented genius who sought happiness like any other human.

The sequel in Behind the Art: What makes Rembrandt’s The Night Watch so iconic? Why was it controversial in its time and did it really lead to Rembrandt’s downfall?