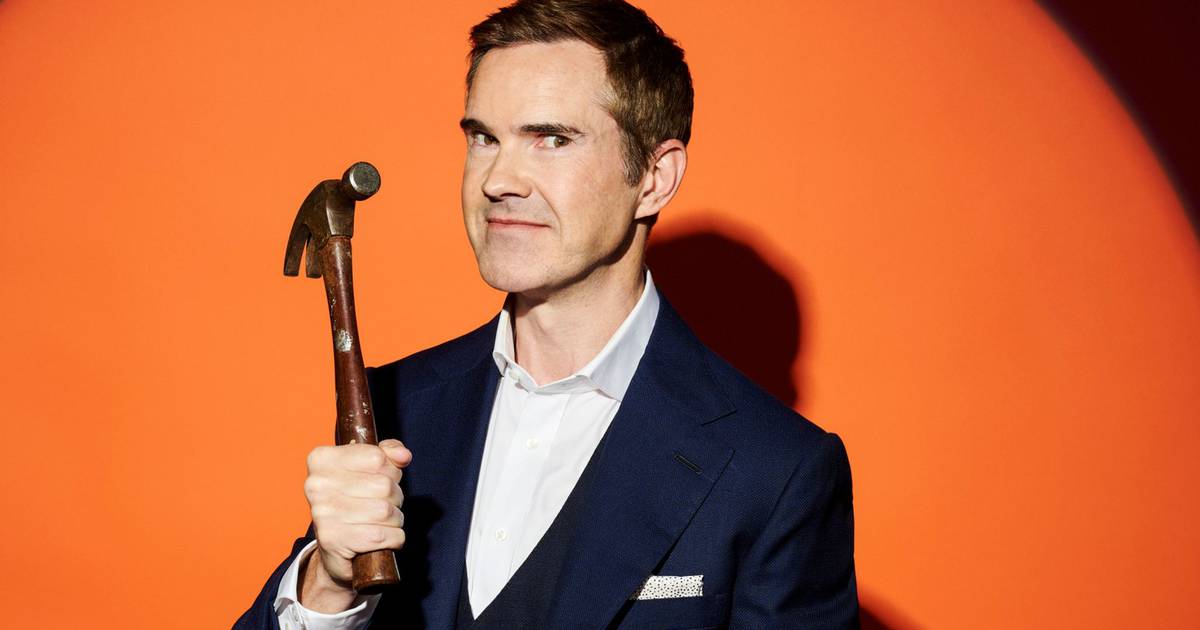 Jimmy Carr never showed much interest in art – except, of course, the art of tax evasion. But he does know a few things about “cancelled culture” after the widespread condemnation of jokes he’s made over the years about Travelers, the Holocaust and Limerick (city of his birth). Which makes the stand-up half-qualified to put on a contrived shock fest in which the art of awful people (plus problematic art from non-awful people) is set on fire, painted over, and thrown from a height.

The deeper purpose behind Jimmy Carr Destroys Art (Channel 4, Tuesday, 9:15 p.m.) is to debate cancel/consequence culture and the argument of whether we can separate great art from repulsive individuals. Or, in the case of Hitler’s watercolor shredded in front of the cameras, the terrible art of fascist degenerates.

It’s all massively silly and juvenile. What C4 served up is a surface-level exploration of what ‘cancellation’ means, which leaves little for nuance but features Carr tossing from a balcony a bust of Rachel Dolezal, an African-American human rights defender. which turned out to be white.

The one-off film is part of Channel 4’s ominous commemorative TV season marking its 40th anniversary. Other unique anniversaries have included a Friday Night Live cover by Ben Elton and a documentary called My Massive C***, which is about as charming as it sounds.

These shows celebrate the broadcaster’s tradition of “iconoclasm and irreverence,” says programming director Ian Katz. But Channel 4 also frothed the world like The Word and TGI Friday. And that’s the tradition of barking and bawling that Jimmy Carr Destroys Art follows. It features an excitable studio audience, and the host makes the joke that those in favor of Hitler’s watercolor mulching should stand “on the right – on the far right”.

[ Jimmy Carr: Stephen Hawking and me would do shots together. He’d be on the Cointreau ]

Not everyone sees the funny side. It is telling that many talking heads thrown around to argue for and against the destruction of the various works of art doubt, to say the least, the project. It is Dom Jolly’s note, debating the relative merits of the work of Rolf Harris, the artist jailed for child sex crimes, and Eric Gill, the establishment-acclaimed British artist and designer, that was revealed after his death to have sexually abused his own daughters. In the end, Joly makes the case for tearing up Rolf Harris’s piece – on the grounds that it’s just an awful painting.

Similar unease is expressed by Irish author and scholar Emma Dabiri when it is proposed to destroy a racist caricature by 19th century artist John Leech, which depicted black people as cattle and Irish people as apes in suits. . To erase the leech would be to erase the racist history in which it is embedded. “We have to understand this story,” Dabiri says.

The most powerful point, as the room votes to tear up Hitler’s painting, comes from actor and writer Jolyon Rubinstein, who has described himself as “culturally Jewish” and reminds us that when it came to to destroy art, Hitler was all for that. It’s a warning from history that we should all heed, especially Channel 4 and Jimmy Carr.