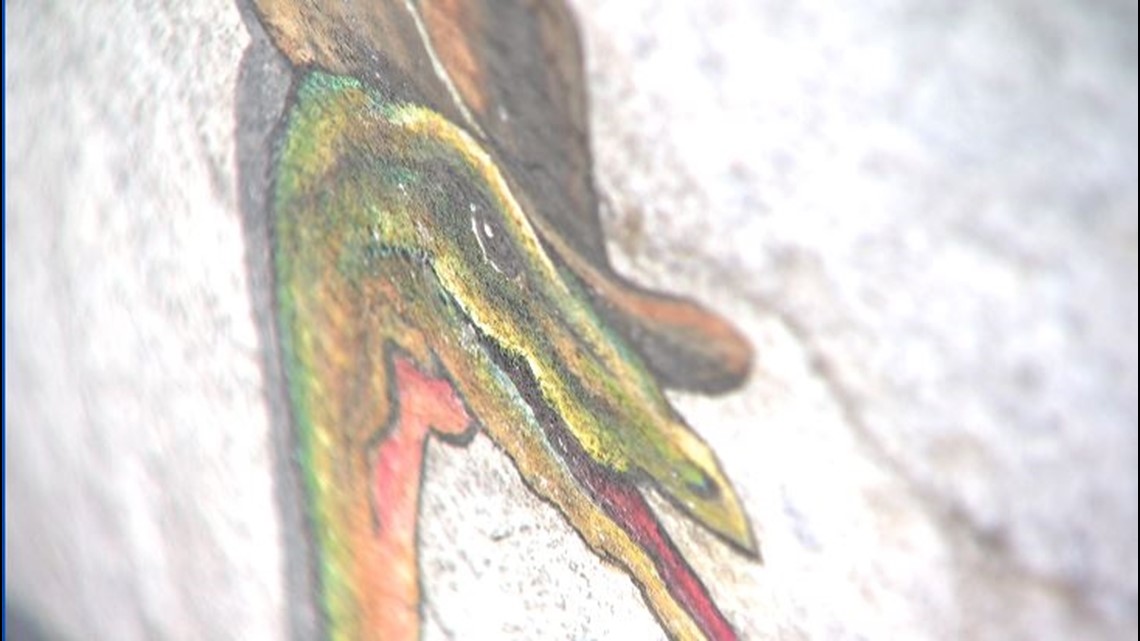 The Itty Bitty Art Project in Golden curtails public art, so people can have the experience of stumbling upon something new.

14 tiny works of art are hidden in plain sight along Washington Avenue and the Clear Creek Trail.

“It was really fun to have this immediate interaction,” she said. “You usually get the reaction when the art is done, not during, so that was cool.”

His play is called “Take Flight” on the Washington Avenue Bridge over Clear Creek.

“I love the little side because it’s more like you’re going to bump into it,” she said.

Just up the street is Christina Lo’ren Morrison’s small “Cowboy Compy” mural of a Compsognathus dinosaur wearing a cowboy hat.

The small room sits under a more traditional sized mural she painted for the town.

“I think it’s really important that the art is not exclusive, that it’s there for people to come and see and experience,” she said.

Further in Washington is “The Golden Herd”, a 3D room nestled in a brick wall.

“When I heard about this project, which brought me joy and smiles, we looked at different sites and I thought this brick wall was named after me,” said artist Judith Cassel-Mamet.

She put small toy bison and some trees in the brick, and colored a blue sky behind them.

“I love the whole narrative aspect of this tiny little project because it really gives everyone a chance to seek and find,” she said.

For the Itty Bitty Art Project, he turned to 3D printing and used some objects that protruded from the walls.

“I made this little alien just trying to use all the sprinkler heads and weird water dispensing faucets,” he said.

It also slammed a train into concrete cracks near the Golden Library and pinned a few climbers in the bricks near the Clear Creek Amphitheater.

People are more than welcome to walk around exploring the 14 different pieces along Washington and the Clear Creek Trail.

But if you want to know exactly where to look, you can check out this map on Golden’s website.

SUGGESTED VIDEOS: Full Episodes of Next with Kyle Clark

Why buying now, paying later is bad – and what you should be using instead