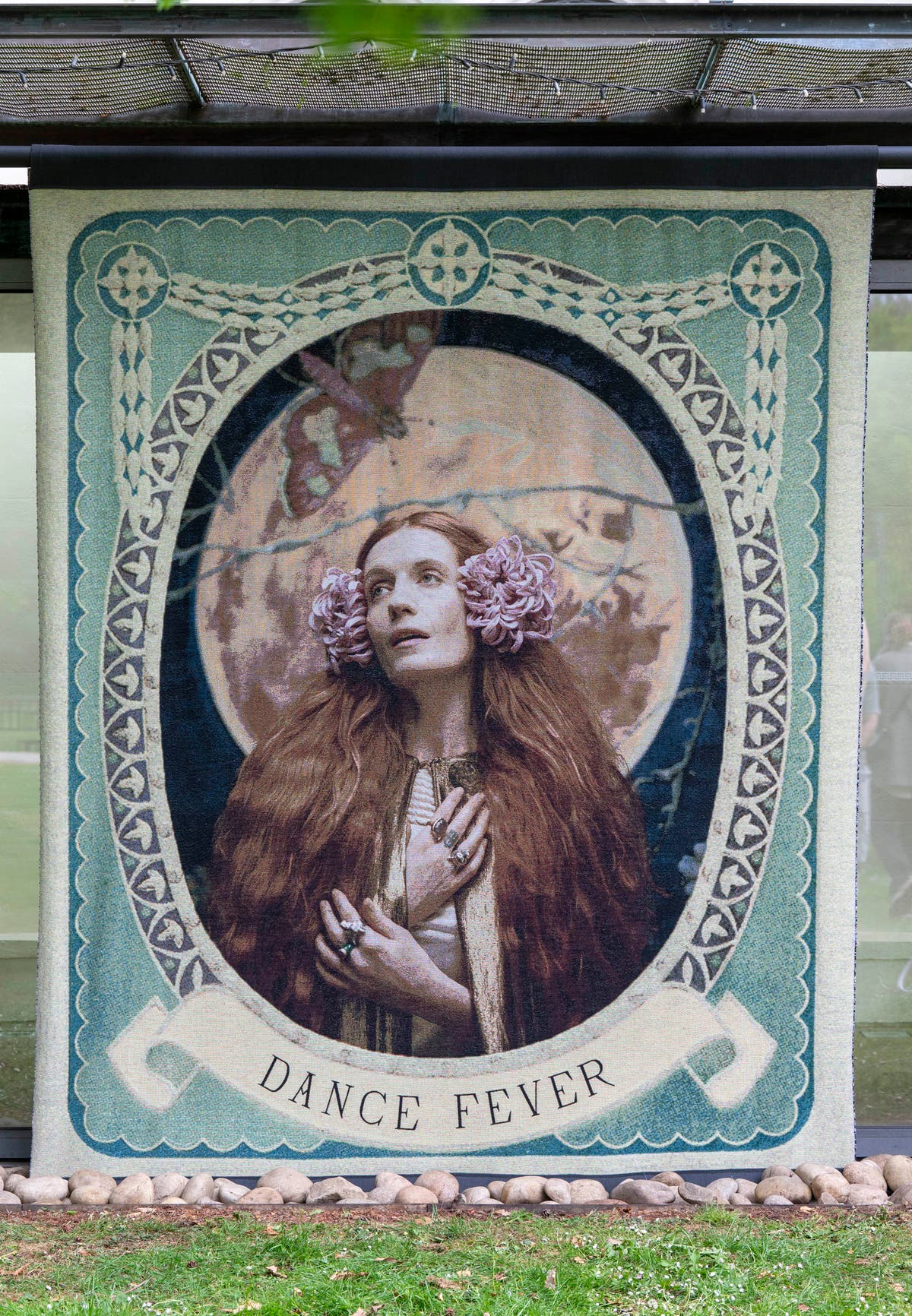 A trio of hand-woven tapestries featuring singer Florence Welch have been unveiled to celebrate the release of her first album in four years.

The work reflects the Brit Award winner’s passion for Pre-Raphaelite art which “has been a musical and artistic inspiration” and which comes to life in her new album Dance Fever.

The singer, known for her eponymous rock band Florence + The Machine, has been immortalized in the 19th-century-style tapestries that hang in the gardens of the Dulwich Picture Gallery, where Welch performed in 2017.

Welch said, “Pre-Raphaelite art has been one of my musical and artistic inspirations for years, coming to life most recently through the lyrics and album making in Dance Fever.

“To be transported to my favorite era and re-imagined in the style of the leading women who inspired Rossetti and Hunt is a dream I never imagined, plus hanging in one of my most beloved galleries in my hometown of South London. .

The Dulwich Gallery director said the Spotify tapestries were the “perfect complement” to their Reframed: The Woman In The Window exhibition.

Jennifer Scott said: “Florence herself is a modern representation of Pre-Raphaelite muses like Ophelia by Sir John Everett Millais.

“Five years after his exclusive concert here in 2017, we are delighted to have the Tapestries hanging in our gardens.”

The Dance Fever Tapestries exhibition will be on view free of charge until May 20 at the Dulwich Picture Gallery.

3 reasons why you should invest in travel