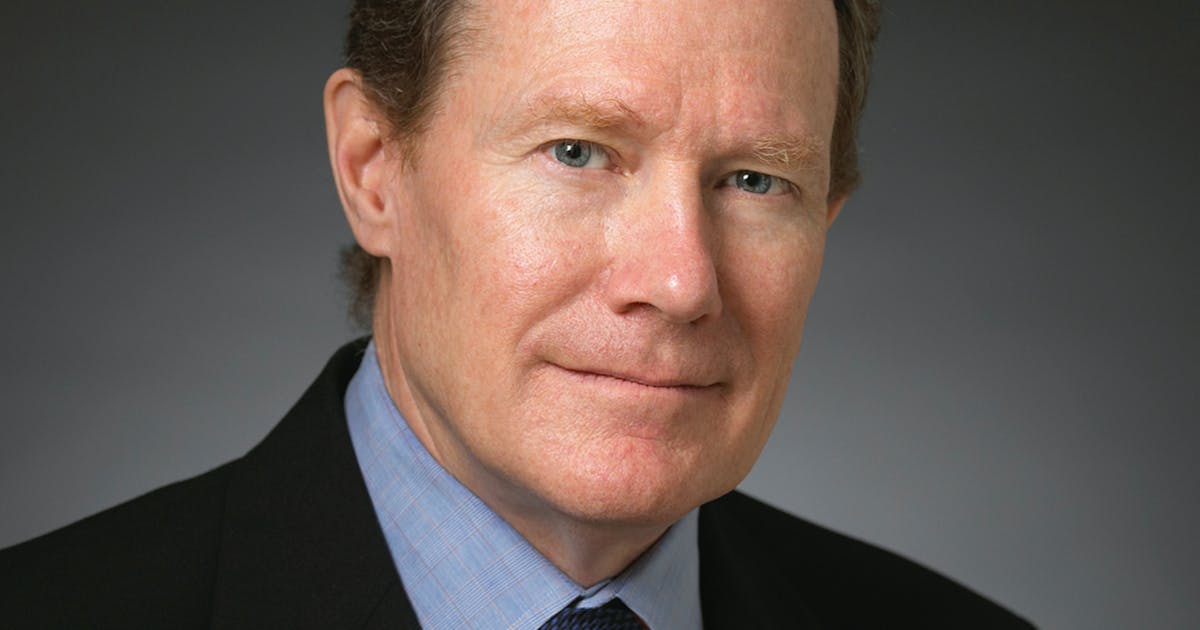 Tom DeBiaso was dean of the Minneapolis College of Art and Design when a 12th-century piece of Chinese ceramics housed in his office mysteriously broke. Robert Jacobsen, the curator of Asian art at the Minneapolis Institute of Art, heard of the fall and immediately ran.

“He reassured me that it wasn’t the end of art history, and then he started telling me stories,” DeBiaso recalls. “He told me it was probably done by a farmer who did it in his spare time.”

They managed to restore the room, but Jacobsen’s timely help remained with DeBiaso.

â€œHe was that kind of person who cared about work. But he also cared about friends and friendships,â€ DeBiaso said.

Giant of the Asian art world and champion of the Twin Cities artistic community, Jacobsen died of complications from Alzheimer’s disease on Wednesday. He was 77 years old.

â€œHe’s taught people to love Asian art,â€ said Susan Jacobsen (who is not related to the late conservative), Mia’s former director of public programming. â€œHe knew how to explain the history of Asian art to a Western audience.

He was hired as Acting Curator of Asian Art at Mia in 1977, when such a department did not exist. He went on to become the founding curator of Asian art, making Mia one of the world’s leading custodians of Chinese art while developing a close relationship with museum trustees Bruce and Ruth Dayton. They, in turn, donated millions to expand the museum’s collections, including Tibetan, Cambodian, Islamic and Indian artefacts, filling 22 galleries.

When Jacobsen retired in 2010, he had expanded the collection of 900 pieces of bronze and Japanese prints to 14,500 items, including a 400-year-old Ming Dynasty reception hall and a study by a scholar of the Ch’ing dynasty of 1797. Jacobsen has written over 30 books, produced and narrated a six-part series on Chinese art for Twin Cities public television, and has lectured over 300.

But he wasn’t always an Asian art fanatic and stumbled across his life’s work. After obtaining a bachelor’s degree in architecture from the University of Minnesota, he went to study art in New Zealand. On his way back to the United States, he visits Japan and quickly falls in love with the country’s architecture and art.

He pursued a doctorate in Asian art history at U, with a minor in Chinese language and literature. He also studied at the National Palace Museum in Taiwan.

In 1987-88, Jacobsen organized a major exhibition of contemporary Chinese artist Wucius Wong in Mia, a milestone for an American museum.

“Not many people realize Bob’s foresight in doing so,” said Pat Hui, director of the now-closed Hui Arts Gallery, which featured artists from Hong Kong, Taiwan and mainland China.

After the normalization of Sino-US relations in the mid-1980s, interest skyrocketed. He started working with the Daytons to expand the collection, especially in Chinese art.

â€œBob was a trusted mentor and guide to my grandfather for decades as they worked together to make Mia’s Chinese art collection one of the finest in America,â€ said Eric Dayton. . “The museum’s extraordinary Asian galleries are a legacy of their friendship and are a lasting testament to Bob’s scholarship and expertise.”

When Mia’s former manager, Evan Maurer, went on sick leave in 2004, Jacobsen and COO Pat Grazzini ran the museum. Jacobsen helped oversee two major renovations at Mia, including a three-year, $ 50 million expansion that opened in 2006. His work led to the University of Minnesota awarding him its Award of Excellence. (One of her farewell gifts is a collection of 10,000 China Studies slides, which will eventually be digitized.)

Jacobsen, who grew up in Roseville, met his wife Patricia in the late 1970s. They were married in a Buddhist-style ceremony. She remembers her travels to China, Korea, Japan, Indonesia, on the Silk Road through Afghanistan and Pakistan, some of which accompanied her.

â€œIn the early 1980s, we were on a tour of one of Beijing’s national museums,â€ she said. “It turned out that he knew more about their history than the people who worked there because they had been loyal to the Cultural Revolution, and they asked him to stay and work.”

Besides his wife, Jacobsen is survived by his brother Gary and his sister-in-law Mary Anne of Stillwater; sister Kathy Frydenlund and brother-in-law Robert of New Richmond, Wisconsin; brother-in-law Tom Thunnell; a niece; and three nephews.

No service will be held. In lieu of commemorations, donations can be made to the Robert D. Jacobsen Memorial Fund at the University of Minnesota Foundation, or by mail to PO Box 860266, Minneapolis, MN 55486.