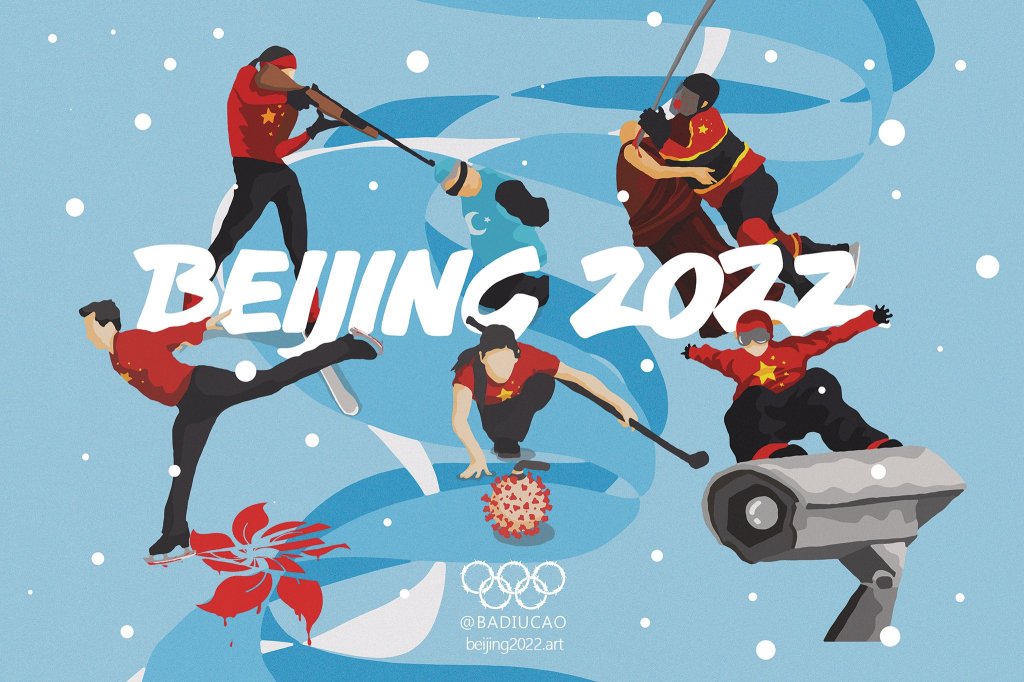 In an email allegedly sent to a concerned student, Wrighton wrote that he was “personally offended” by the content and would “undertake an effort to determine who is responsible.” Badiucao tweeted a screenshot of the email, adding that he was asking for “an explanation why exposing CCP abuses offends him.”

In an interview with the conservative publication National exam On Monday, Badiucao replied, “I think it’s a huge outrage and a shame that a well-known university president is so ignorant and uninformed to understand my art.” He continued: “We are not talking about someone who is unaware of the international situation or the human rights issues around the Olympics.”

At first glance, the poster appears to feature Olympians competing in their respective sports such as ice skating and snowboarding. But, on closer inspection, a render of coronavirus replaced a curling stone; an ice skater’s blades drip with blood, forming a fractured emblem of Hong Kong; a hockey player stabs a person dressed as a Tibetan monk. Badiucao, who has been in exile in Australia since 2009, was alerted to the situation by GWU students.

Yesterday Wrighton Posted a statement, which was sent to the university community, saying he had “responded in a hurry” after GWU received “a number of concerns through the university’s official reporting channels that cite prejudice and racism against the Chinese community”. He called his email response and the university staff’s decision to remove the posters “mistakes”.

Wrighton added: “I have since learned from scholars at our university that the posters were designed by a Chinese-Australian artist, Badiucao, and are a critique of Chinese politics. Having understood this, I do not consider these posters to be racist; they are political statements. There is no ongoing university investigation and the university will not take any action against the students who posted the posters.

The artist, however, was not “100% satisfied” with Wrighton’s statement and would like a “more sincere apology”, he told the National exam in a follow-up interview on Monday.

He added: “I hope that in the future people in America [won’t shy] far from [criticizing] the Chinese government’s crimes against humanity and human rights and [will] being able to say what is racist and what is not, instead of just remaining silent because they are afraid of being called racist.