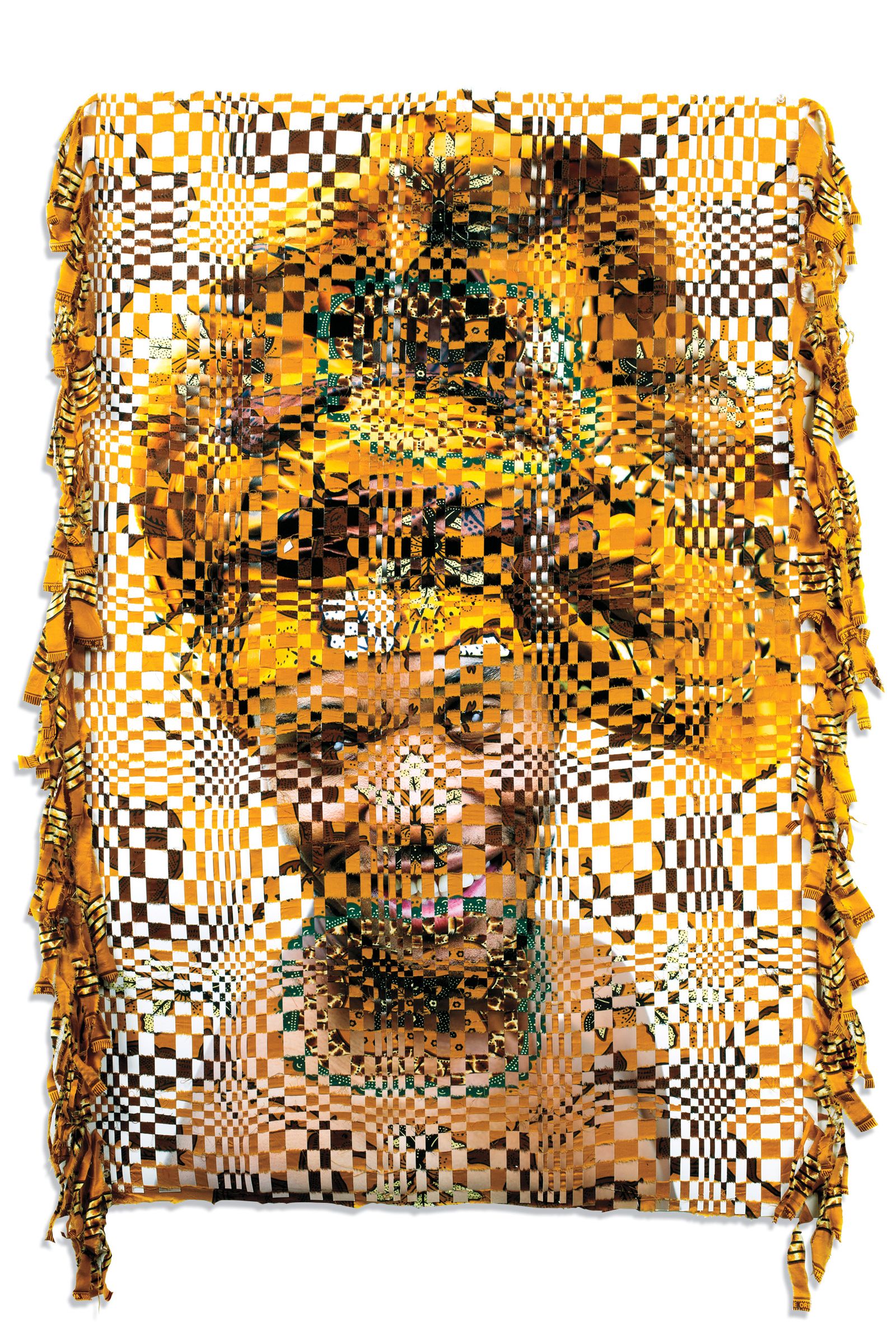 When artist Kyle Meyer began photographing gay men in Swaziland, or eSwatini, five years ago, his subjects were initially wary of the exhibition. Their concern was justified: homosexual relations are illegal there and those suspected of being homosexual risk unemployment, ostracism and even violence.

â€œThe LGBT community is pushed into a corner,â€ says Meyer, 33, whose series â€œInterwovenâ€ explores sexual and gender identities in the southern African country. Meyer, who is openly gay and lives in New York City, was forced back into the closet when he started traveling to Swaziland. â€œI could have easily ‘disappeared’,â€ he says.

Despite their anxieties, the men who agreed to be photographed for the project, on view this month at the Yossi Milo Gallery in Manhattan, seemed to enjoy the idea of â€‹â€‹finally being seen for who they are. Inspired by the vibrant colors of Swazi waxed fabric, Meyer asked them to pose with elaborate headdresses in designs chosen by each man from fabrics collected from a local market. Because the style is traditionally associated with Swazi women, photoshoots offered a rare chance to play with gender norms and celebrate every man’s sense of beauty. â€œThey just wanted to be heard,â€ Meyer says.

After each visit to Swaziland, Meyer returns to his Hudson Valley studio, where he prints the images on paper up to seven and a half feet tall. He then shreds the photographs and the fabric of the headgear and, using a technique he learned from Swazi basket makers, spends up to 60 hours weaving them together. It’s a meditative process – both handcrafted and ritualistic – that adds a human touch to the otherwise mechanical medium of digital photography, and transforms what might simply be a striking image into an imposing, richly textured physical object. One reviewer hailed the company as “the perfect marriage of subject and process.” It’s also practical: Meyer’s approach partly obscures the identity of men, just as they are forced to hide behind what the artist calls â€œthe fabric of societyâ€.

It remains too dangerous to display your tapestries in Swaziland, but Meyer hopes they will be seen there one day. Last June, a gay rights group organized the country’s first pride parade, a festive and peaceful march through the capital.