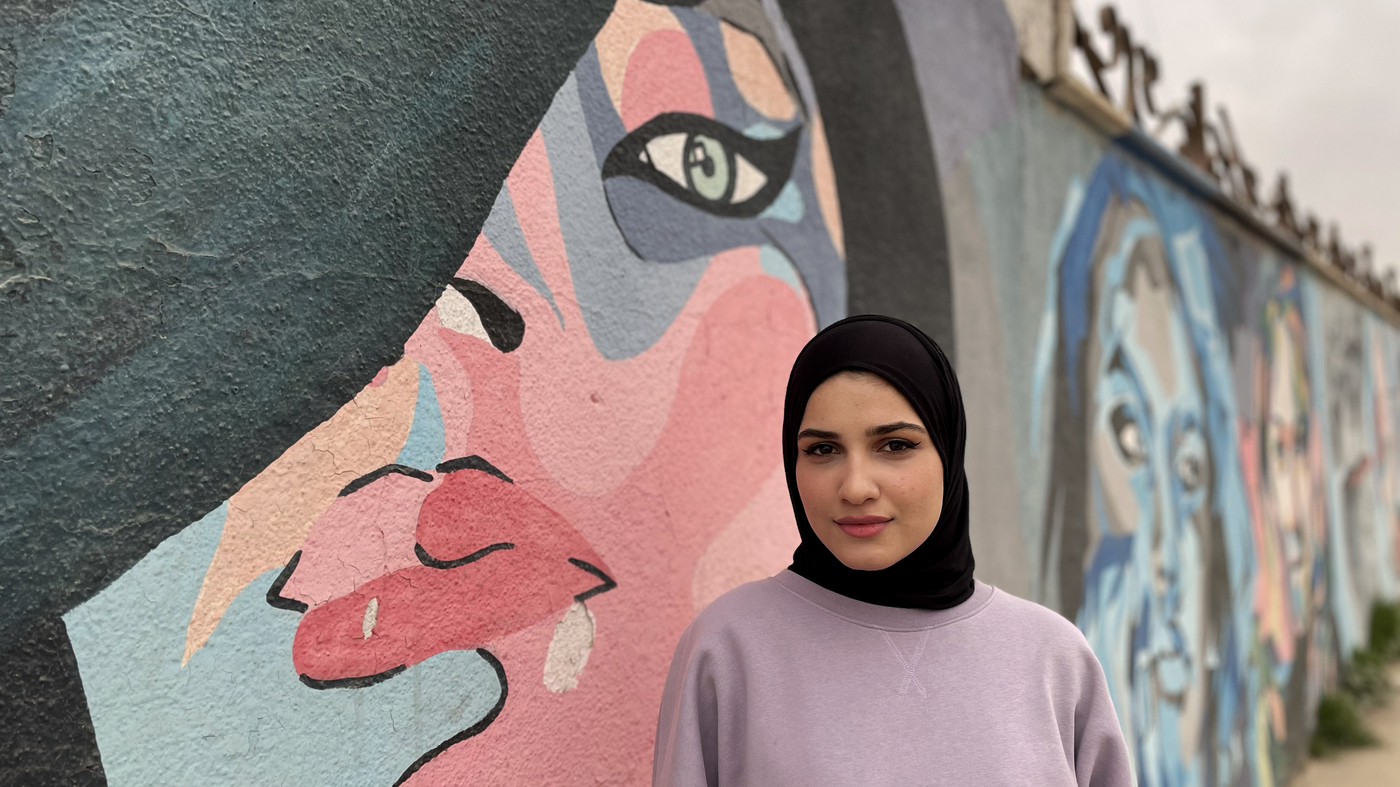 In Mosul, Iraq, art emerges from the ruins nearly 5 years after the ouster of the Islamic State: NPR

A mural featuring portraits of many women in Mosul, Iraq, including celebrities like Billie Eilish and Ariana Grande. The artwork is on a wall where ISIS used to list its extremely strict rules, including that women’s faces had to be covered and the punishment for breaking them.

MOSUL, Iraq — After ISIS took over this northern Iraqi city in 2014, women were not allowed to show their faces in public. They had to wear black veils with just slits for the eyes and long black dresses. They could be whipped and their husbands fined if the women broke the dress code.

Today, colorful murals appear all over Mosul on facades that had been machine-gunned by bullets. And many of them are giant images of women’s faces.

This vibrant street art is a sign of the spirited reconstruction underway in Mosul, nearly five years after ISIS ruled the city and fierce battles to oust it.

“It’s not a bad thing when a woman shows her beauty,” she says.

The college student stands in front of a 15-foot-tall mural of a woman with jet-black hair and a dramatic swirl of eye shadow. In the portrait, the woman’s chin is slightly raised, expressing confidence, even defiance.

“When ISIS came here, women had to cover her body, her face. It’s wrong because women should be able to live their lives,” Ahmed says.

The mural Ahmed stands in front of is on a long wall where ISIS used to display its strict rules of morality and the penalties for breaking them. Now the wall is covered with luminous portraits. Most are women, including famed British-Iraqi architect Zaha Hadid, who died in 2016.

Under ISIS rule, residents of Mosul were not allowed to have satellite TV or listen to Western music. Ahmed and his team at 7Arts certainly wouldn’t have been allowed to paint a mural like this featuring pop stars Billie Eilish and Ariana Grande.

“This is Ariana, Ariana Grande. People here love her!” Ahmed said, pointing to a colorful face painted in bright blocks of color. “And I listen to it because I want to improve my language,” she adds with a laugh. “She helped me a lot.”

Excavations around the al-Nuri Mosque in the old city of Mosul, northern Iraq. When ISIS fighters fled in 2017, they blew up the minaret and the prayer hall.

There is an effort to rebuild a destroyed mosque

Across the Tigris from Ariana Grande’s painting, much of Mosul’s old city is still in ruins. Islamic State fighters dug into the ancient city and the area was pounded by a relentless Iraqi and US bombing campaign to dislodge militants in 2017.

As ISIS fighters fled, they blew up the iconic minaret and prayer hall of Mosul’s al-Nuri Mosque. There is now an international effort to rebuild them.

While parts of the old town return, the walls of many of its narrow lanes are still pockmarked by shrapnel.

Munir Majed, with a group called Art Revolution, started painting murals here three years ago, showcasing the city’s heritage. The 21-year-old engineering student points to a painting of a woman looking out the window.

“The woman looks at the symbols of Mosul,” he says. “The statues, the doors, the things that were destroyed by ISIS. And if you see the wall in the background, the bullet holes. Most of those walls were exactly the same – they had bullet holes.”

When asked if he could have painted something like this during the city’s control by the Islamic State, Majed laughs nervously. He cuts his throat with a finger and says he would have been killed had he tried to do so under IS.

Colorful murals have sprung up in parts of Mosul since the ousting of Islamic State.

On a highway overpass in east Mosul, there is a graffiti-style mural that says “I HEART MOSUL” in orange letters and a red heart. And right next to it are other large colorful paintings of Iraqi women’s faces.

“It’s like a carnival of colors,” says Ali Al-Baroodi, senior lecturer in the media department at Mosul University. “Like, could this be more symbolic?”

Born and raised in the city, Baroodi, who is 40, describes himself as a “Mosulgraph” because he’s trying to document what’s happening in his hometown. He says the recent murals are a direct reaction to the dark period of the Islamic State occupation.

“So Mosulis, and Mosuli artists in particular, respond with color and with freedom,” he says. “You saw black-veiled women in those days. Now you can see free women on the walls and off the walls, which is the most important thing.”

Throughout history, Baroodi says, Mosul has been a multicolored and multi-ethnic city.

And ISIS’s dark vision for the place, he said, was never going to succeed.