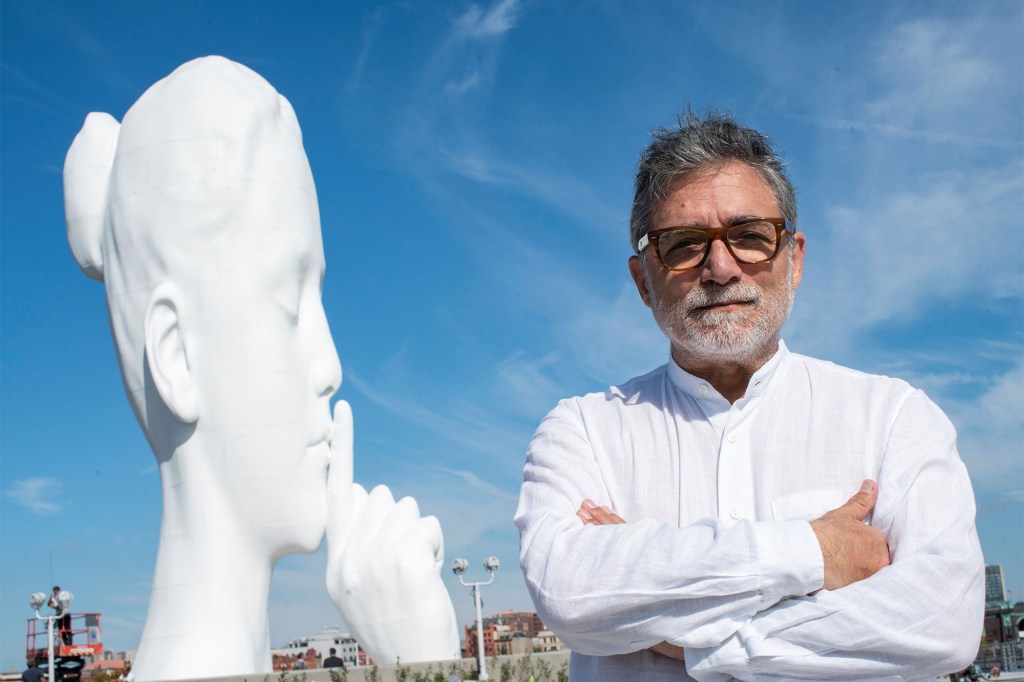 A massive new art installation on Jersey City’s waterfront appears to be silencing New Yorkers – but the sculptor who designed the colossus has said he doesn’t want to be rude.

“Water’s Soul” features a towering 72-foot female head with a finger to her lips facing downtown Manhattan as if to say “hush”.

Artist Jaume Plensa said this was not a message to the city that never sleeps.

“And this silent position, which the play has their finger on their lips, (she) invites people to be silent … to try to listen to their own thoughts, their own dreams, their own ideas in this incredibly noisy time today. where we live today.

The sculpture, which towers over Jersey’s waterfront, is made from a mixture of resin and fiberglass, weighing 30 tonnes, NJ.com said.

A groundbreaking ceremony is scheduled for Oct. 21 for the sculpture, which was commissioned by the LeFrak and Simon organization, the companies that developed Newport, according to a press release.

Plensa said in a statement he hoped the sculpture, which was recently unveiled on Newport Pier, would become an icon and a “landmark that visually connects it to New York City” on the other side. from the river.

“As The soul of water Acting to unite Jersey City and New York City, we are reminded that water is the great public space that unites and embraces communities as well as people around the world, â€Plensa said.