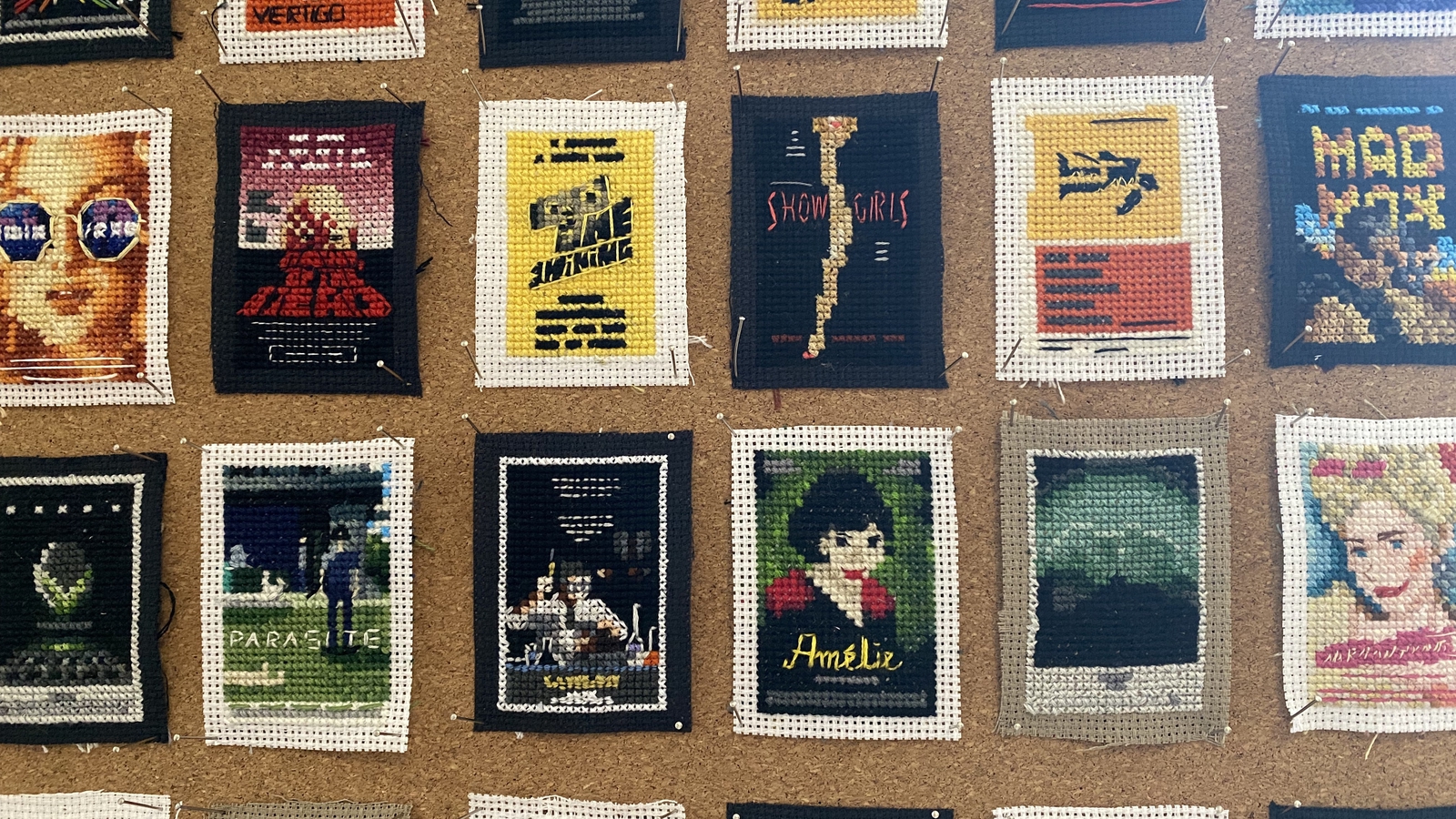 A self-proclaimed “movie buff” has turned her love of filmmaking into a side passion by creating mini cross-stitch versions of famous movie posters.

Victoria McNally, 32, a copywriter who lives in Brooklyn, New York, told the PA news agency that she started cross-stitching at school, spurred on by her mother’s love for arts and crafts.

“My mom was really crafty when I was growing up…so I probably learned it from her in grade school or college and came back to it every once in a while if I was giving someone a present or finding a model that I found really interesting and I got back into it a lot, partly because of the pandemic,” she said.

Since her youth, the self-confessed “cinephile” has focused on creating mini movie posters and joked that deciding which poster to design is determined by “taking off my glasses, squinting and always knowing what the poster is”, because she is myopic.

“We are big movie buffs in our apartment. My husband (Andy, 32) is a big movie buff, so we go there all the time, so it was kind of already in the brain and it went from there” , she added. .

“And there’s also a lot of conversation about certain kinds of movie posters that have become iconic over time, so that’s what I’m looking for the most.”

Videos of Ms McNally in action can be found on TikTok and she has cited ‘Cross Stitch by Narnie’ and ‘Subversive Cross Stitch’ as ​​inspirations for her work.

“I think a lot of horror posters are more willing to take a risk and be quite striking because the idea is that they want you to come in to see the movie,” she said.

“They tend to be more visually stimulating stuff, which I think really helps.”

Posters measure approximately 22 by 33 stitches, which equals 1.6 by 2.4 inches on 14 count Aida fabric.

One of the main reasons behind the idea of ​​the movie poster was to highlight the work that goes into designing marketing materials for movies.

“I think it’s a great way to think about the art and craft that goes into what is essentially marketing material because it tends not to be talked about as much as the film itself” , she said.

“And often there’s an interesting story behind it or it’s a work of art in itself and there’s a lot of work to not make it look bad.”

The time it takes to complete the cross-stitch design varies from poster to poster, with three to four hours being the average, with the design process taking longer.

McNally admitted, however, that the process has not always been straightforward.

“I went through six or seven iterations of Thesilenceofthelambs because I was like it didn’t sound like Jodie Foster enough and I finally had to decide – it’s pretty close.”

For those interested in cross stitch, Ms McNally said to make getting a magnet for your needles a priority, so they don’t “end up everywhere”.

“I definitely woke up and found a needle under me more than once,” she added.

“There are lots of models everywhere, there are many different types of models and lots of people online ready to answer questions and have fun doing it.”

In Highland Park, art is helping to return to normal almost two months after the July 4 parade massacre