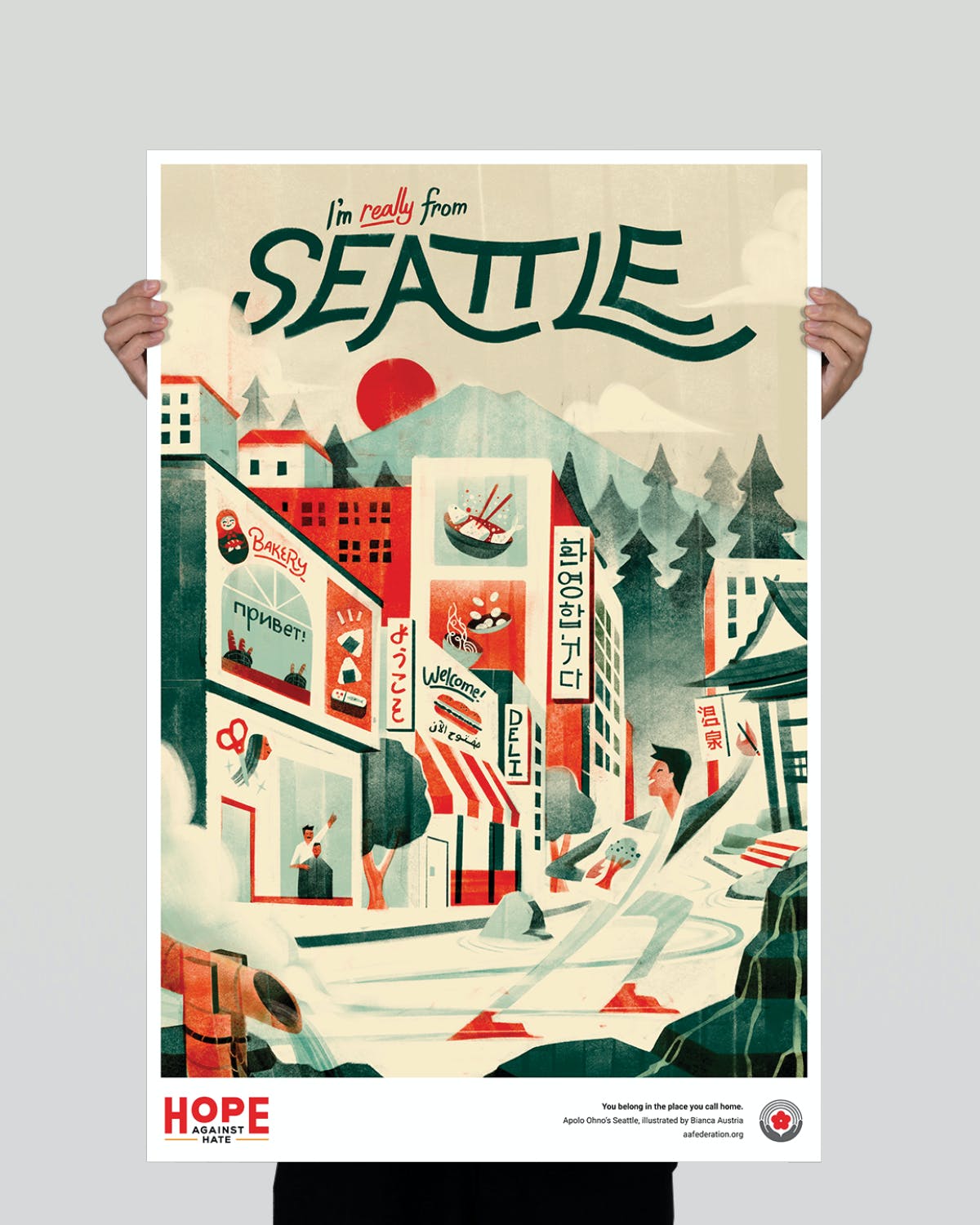 The United States is in the midst of an anti-Asian crisis, with hate crimes against Asians rising more than 70% last year according to the FBI.

To combat this disturbing trend, agency Droga5 has partnered with the Asian American Federation and its community programs Hope Against Hate in a volunteer campaign that answers the question dreaded by many Asian Americans. : where are you really from?

Focusing on the stories of ten Asian Americans, I’m Really From aims to tackle the xenophobic undertones that plague the issue by celebrating the complex relationships each storyteller has with the place they call home. .

Featuring celebrities alongside victims of anti-Asian hatred, the campaign takes the form of a series of vintage-inspired travel posters. At first glance, they appear to be posters for faraway destinations, but closer examination reveals that they are actually advertising US destinations ranging from New York to San Diego.

The posters are exclusively available through a donation to Hope Against Hate, while the stories highlighted in the campaign will also be shared on social media and at a series of live events. Learn more about the campaign here.