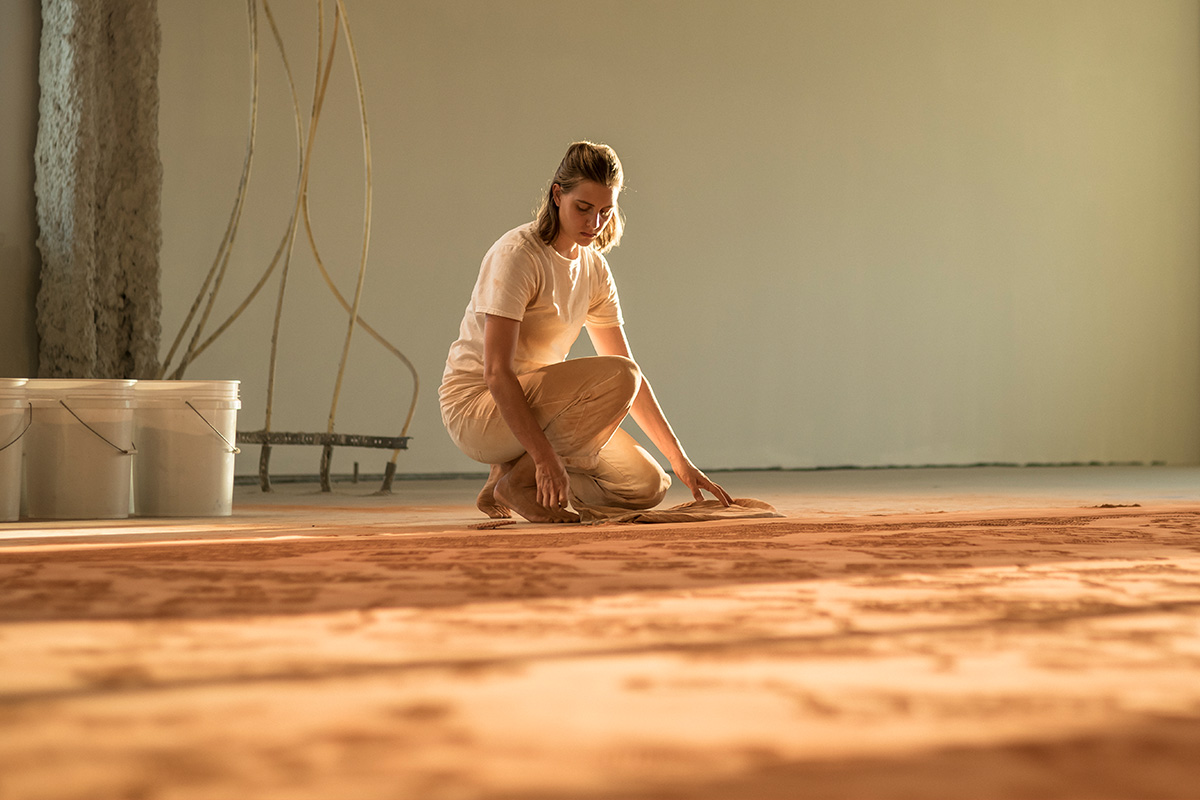 In meditative response to these ideas, Detrixhe collects gallons of red soil by hand, usually at local construction or excavation sites, and turns them into ornate â€œtapestriesâ€ that are ultimately swept away. In two years, she created several versions of Red earth carpetâ€”Always with Oklahoma soil â€” in museums and galleries in six states. On March 14, his last in the series opens at Philbrook Downtown in Tulsa. For about three weeks, she’ll be there, spreading a 650-square-foot layer of soil and carefully dabbing it with patterns made from found shoe soles. Following this performative installation, the delicate piece will be exhibited in the elements of the gallery until July 22.

â€œRena and I had a long conversation about entropy and how she doesn’t want it to happen, but she also understands that it does and will happen,â€ said the modern art curator. and contemporary of Philbrook, Sienna Brown, who curated the exhibit. â€œWe hope no child will make dirt angels there, but she said no matter where she does it, a little bug will invariably end up there. And that’s okay, it’s part of the life of the object.

Detrixhe’s process is slow and arduous. She first grinds and sifts the dirt into a fine dust, then spends hours shaping the soil and pressing it with floral and geometric shapes. This ritual and ephemeral work is similar to the making of Tibetan Buddhist sand mandalas. â€œI think the piece offers a sense of time – or a timescale – that we don’t often allow ourselves, or are not allowed to experience, in our daily lives,â€ the artist said. â€œWhat if we, as a culture, spent hundreds of hours getting to know our surroundings intimately? ”

The artist makes tapestries from his paintings