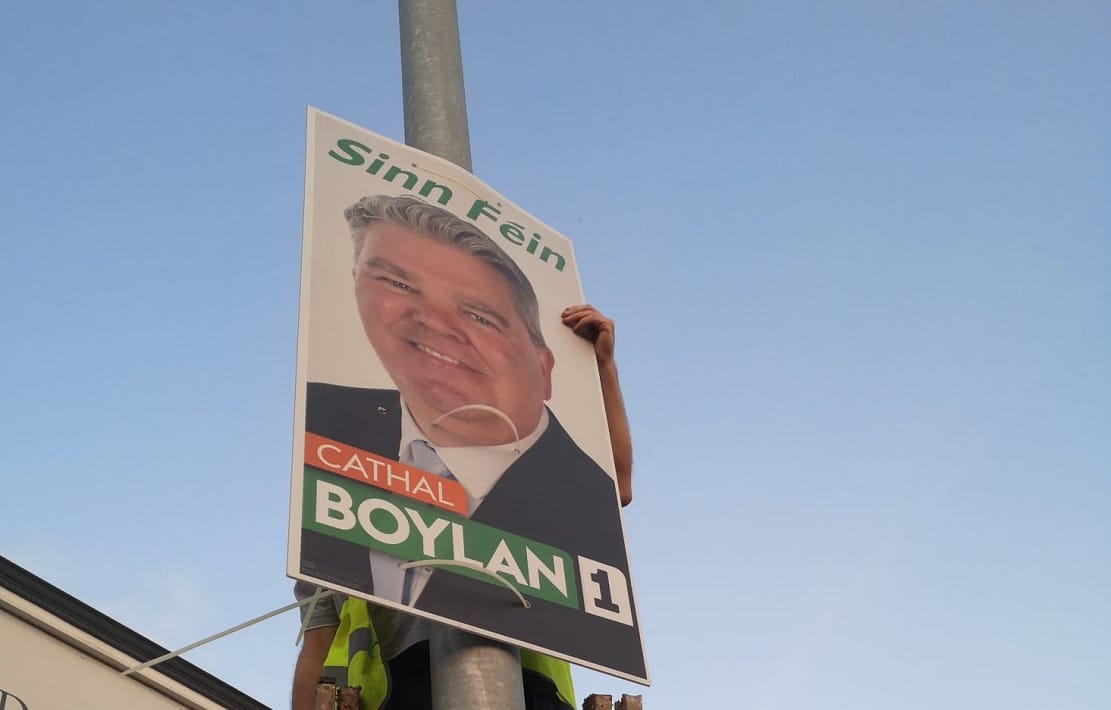 Sinn Féin’s Cathal Boylan said the party would not be deterred after up to 30 of its election posters were ripped from lampposts in the Tullysaran area.

The Assembly election posters, which have not been recovered, were taken down on Saturday evening from locations including Milltown Road and Maydown Road.

Mr Boylan said: ‘Our party has filed a complaint with the police about this criminal act.

“Sinn Féin is committed to people on the doorsteps of urban and rural communities in Newry and Armagh.

“The response has been positive, with people recognizing that now is the time to bring about real change for workers and families in the North.

“The theft of these election posters will not deter Sinn Féin in this election campaign.”

Tweeting after one was set on fire in Belfast, he said: ‘It’s awful. It takes courage to run for office.

“Those who do should not have to face threats and intimidation for seeking to represent their community.

“Those behind these recent attacks must wake up and allow the democratic process to take place.”

In other incidents over the weekend, the letters UVF were daubed on bus stops on Old Portadown Road in Lurgan.

And on Monday, UUP leader Doug Beattie’s office in Portadown had a concrete block thrown out the window after announcing the party would no longer participate in anti-protocol rallies.